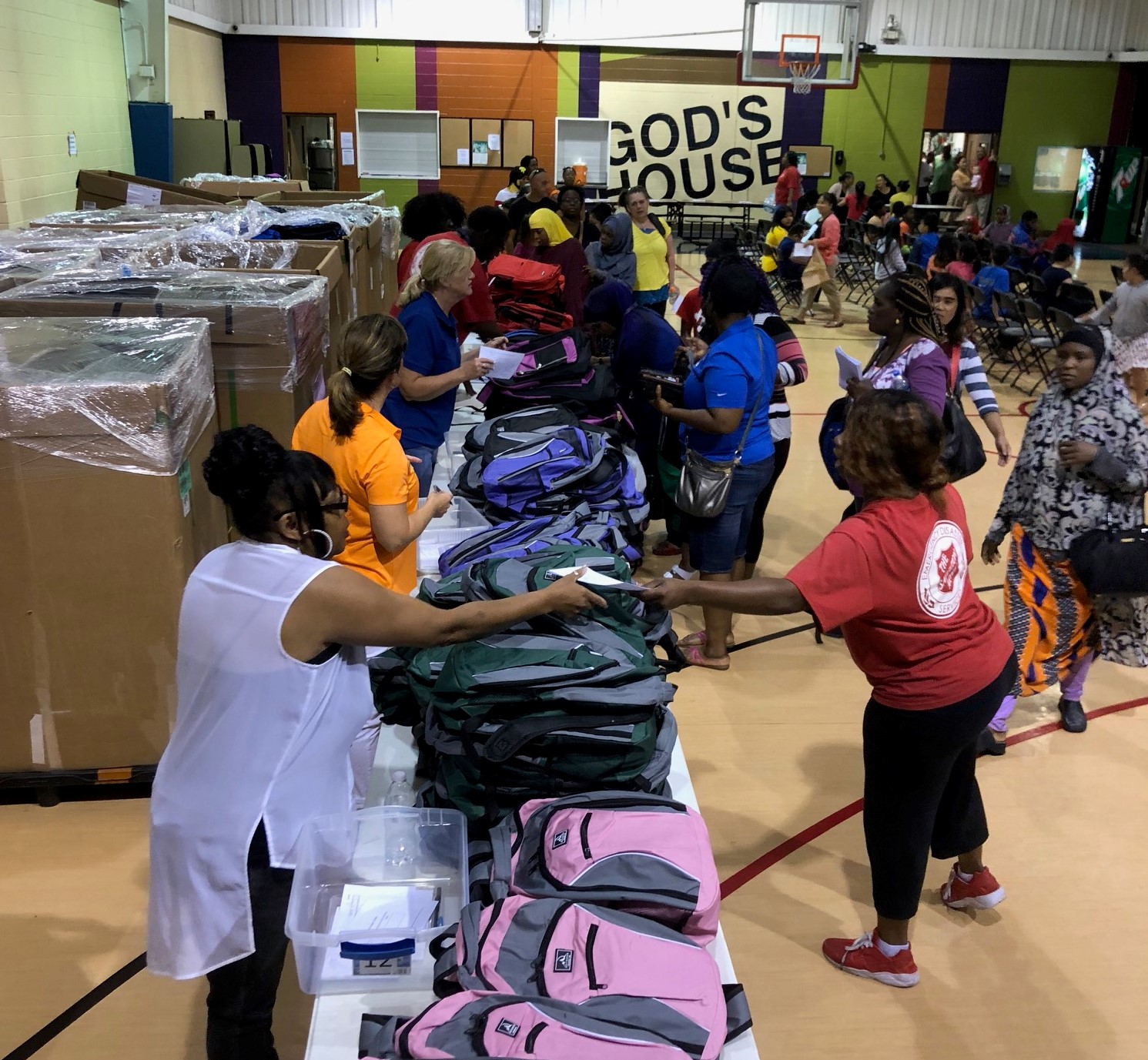 Sixth grader Raven and her mom Stevonna stopped by the North Corps Community Center on August 9, where Raven debated between a lilac-colored backpack and a pink backpack decorated with a vibrant green cactus before finally deciding on the one with the cactus. “I like cacti,” she explained shyly, hugging her new backpack to her chest.

Stevonna, a single mother of two middle school-age girls, was grateful to be able to equip her kids with the school supplies they’ll need for the new year. “School supplies are costly, and when you have to buy two of everything, it can really add up,” she said. “This helps a lot.”

By the end of August, The Salvation Army 7 Can Help Kids Back to School Backpack Drive will have distributed more than 11,000 backpacks filled with school supplies in the Omaha-Council Bluffs metro area and beyond. This year marked the 21st anniversary of the program, which over its two-decade history has distributed 200,000 backpacks to families in need.

This year, a collaboration with Walmart provided an “assist” to the backpack drive. Tens of thousands of items -- from pencils and markers to notebooks, glue sticks and backpacks -- were donated at metro-area Walmart stores during the one-day “Stuff the Bus” event on August 3.

In addition to KETV Newswatch 7 and Walmart, other local partners included Methodist Hospital, Fun-Plex, Bucky’s, Barnhart Press, Firefighters on the Move, Two Men and a Truck, Pay-LESS Office Products and hundreds of volunteers.

Backpacks and supplies were distributed at North Corps Community Center, the Kroc Center and the Millard branch of the Omaha Public Library. A backpack distribution will also be held at the Council Bluffs Corps on August 16.