Friends until the end: The story of Don Goetz

Majors Bob and Lisa Mueller first met Don Goetz two years ago, as Don was pushing his walker through the halls of The Salvation Army in Rochester, Minn. Don flagged down Major Bob and asked if they could speak in private. 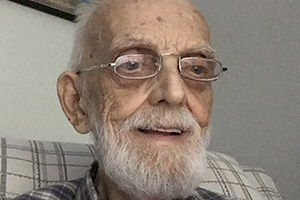 They sat down in the dining room and talked for 90 minutes. Major Bob learned that Don, then 85 years old, didn’t have any friends.

“He said he didn’t have any surviving family members, either,” Major Bob said. “He seemed to be all alone in the world.”

Major Bob befriended Don on the spot. They became buddies and started talking several times per month, usually at the nursing home where Don lived. They’d talk about God, life, and all kinds of things. And they’d laugh together.

“I used to sneak chocolate into Don’s room – he had a sweet tooth,” Major Bob said, chuckling. 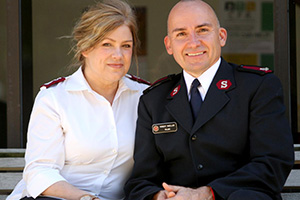 Don and Major Bob’s special friendship continued until the moment Don died. During Don’s final days of life late this summer, Major Bob and his wife, Major Lisa, spent many hours at his bedside.

“We prayed with him and read the Bible to him every day,” Major Bob said. “I will miss Don. He was kind and gentle, and he appreciated little acts of kindness. I will remember him always.”

We’ve featured Don’s story here to remind our supporters that your donations to The Salvation Army don’t just help Rescue Christmas for people and families who need food, clothing, shelter, and other services. Your gifts also provide friendship and the love of Jesus Christ year-round for people who are all alone.