My Pillow founder opens up about addiction

Mike Lindell sleeps well at night. Not surprising, considering he invented the world’s most comfortable pillow – My Pillow.

Then again, Lindell would probably sleep just as soundly without a My Pillow resting beneath his head. He’s at peace with his life, forever dreaming up new ways to help thousands of people. 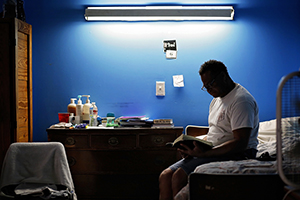 The Salvation Army is one of Lindell’s most recent beneficiaries. He has offered to donate 1,000 My Pillows to people served by Twin Cities Salvation Army housing programs (pictured).

“That’s enough to give one pillow to each of the 900 people we house every night,” said Major Jeff Strickler, Twin Cities Salvation Army commander. “This is an incredible blessing.”

In addition, Lindell donated a My Pillow to each KOOL 108 Bell Ringer of the Day this Christmas season, thanking them for their volunteer service.

“God has given me an amazing platform,” said Lindell, a lifelong Minnesotan and devout Christian.

Not long ago, God gave Lindell something else that’s amazing: grace, during his darkest days of drug addiction.

Lindell has a soft spot for The Salvation Army because the organization helps people fight addiction.

He knows the battle well. Lindell abused heavy drugs much of his life, starting with cocaine in 1982. He switched to crack cocaine in the late 1990s.

By spring 2008, his drug use had gotten so bad that his three crack dealers got together and did something that defies logic: they attempted an intervention.

“They were three of the biggest dealers in the cities,” recalled Lindell, who at the time was living in a bad part of Minneapolis. “They said I had been awake for 19 days straight. They refused to sell to me again. One of them tried babysitting me until I fell asleep.” 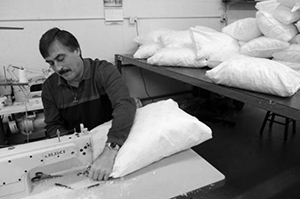 Lindell’s drug abuse finally ended Jan. 16, 2009. By then, My Pillow was starting to gain traction. Lindell had been selling the product on the road at trade shows and state fairs. He first began developing the pillow in the early 2000s; when people tried the pillow and loved it, he knew he was on to something.

“I knew that if I didn’t quit that day, I wouldn’t be able to make the most of what was happening in my life,” Lindell said. “I couldn’t wait. Not even one more day.”

With that, he prayed.

“The next morning, the desire was gone,” Lindell said. “Everything was gone. I woke up and felt the most peaceful I ever have.”

He’s been sober ever since.

From the moment Lindell gave his life to God in 2009, My Pillow began experiencing one success after another. 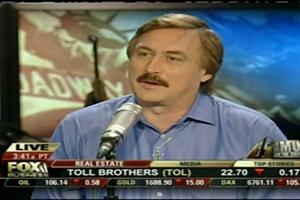 “There were so many miracles – one-in-a-million kinds of things,” Lindell said.

Example: At one point, My Pillow was hours away from shutting down. Lindell owed $30,000 to a company that was the only manufacturer of a specific fabric needed to create a My Pillow. The company gave Lindell a few days to pay, or that was it.

Lindell’s only hope was a man he had met at a bar a couple of weeks before. The man had said he knew investors. Lindell went back to the bar hoping to find the man. He waited there for hours and, eventually, the man walked in.

“I ended up meeting with (the investors),” he said. “I was passionate. I didn’t leave anything out.”

Incredibly, he walked out of the meeting with $30,000, having put up no collateral. He was able to pay the fabric company a few hours before the deadline. He used the fabric to make 500 pillows, and sold them all.

Lindell went on to grow My Pillow through a successful print-ad campaign that culminated in newspaper advertisements in the New York Times and Wall Street Journal.

“It became the number one infomercial in the world,” Lindell said. “In 40 days, we went from five employees to 500.”

Today, after several years of ups, downs, and growing pains, Lindell and his company have hit full stride.

The company now boasts 400 employees manufacturing 25,000 pillows a day at the My Pillow factory in Shakopee.

Most importantly, Lindell continues to make good on the “I’m all yours” promise he made to God almost seven years ago.

The foundation also serves as a help center for My Pillow employees.

“When people don’t show up for work, there’s usually an underlying cause – maybe it’s substance abuse, or a guy’s wife left him after 10 years,” Lindell said. “We’re not just going to throw these people out. They’re our employees. We’re going to try to help them.”

That help can include paying for a rehabilitation program or counseling sessions.

In one case, Lindell found out one of his employees was walking 14 miles to work.

“We used the foundation to buy him a car,” Lindell said. “He was leaving his house at 3 a.m. to get to work at 6 a.m. That’s dedication. That’s the kind of employee any company wants.” 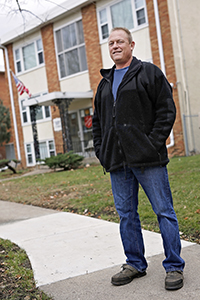 The Salvation Army is grateful to Lindell for his generosity. His foundation’s gift of 1,000 My Pillows will allow as many people to get better rest during their journey to self-sufficiency. This includes Donald Kane (pictured), a U.S. Marine Corps veteran living in South Minneapolis at The Salvation Army’s supportive housing facility for veterans. (Read his incredible story.)

After beating his 25-year drug addiction and starting a multi-million dollar pillow company from nothing, Lindell has just one thing to say:

“With God, all things are possible.”

Please join The Salvation Army by donating or volunteering in your local community.