Jake Hammel Enjoys Giving Back During the Christmas Season 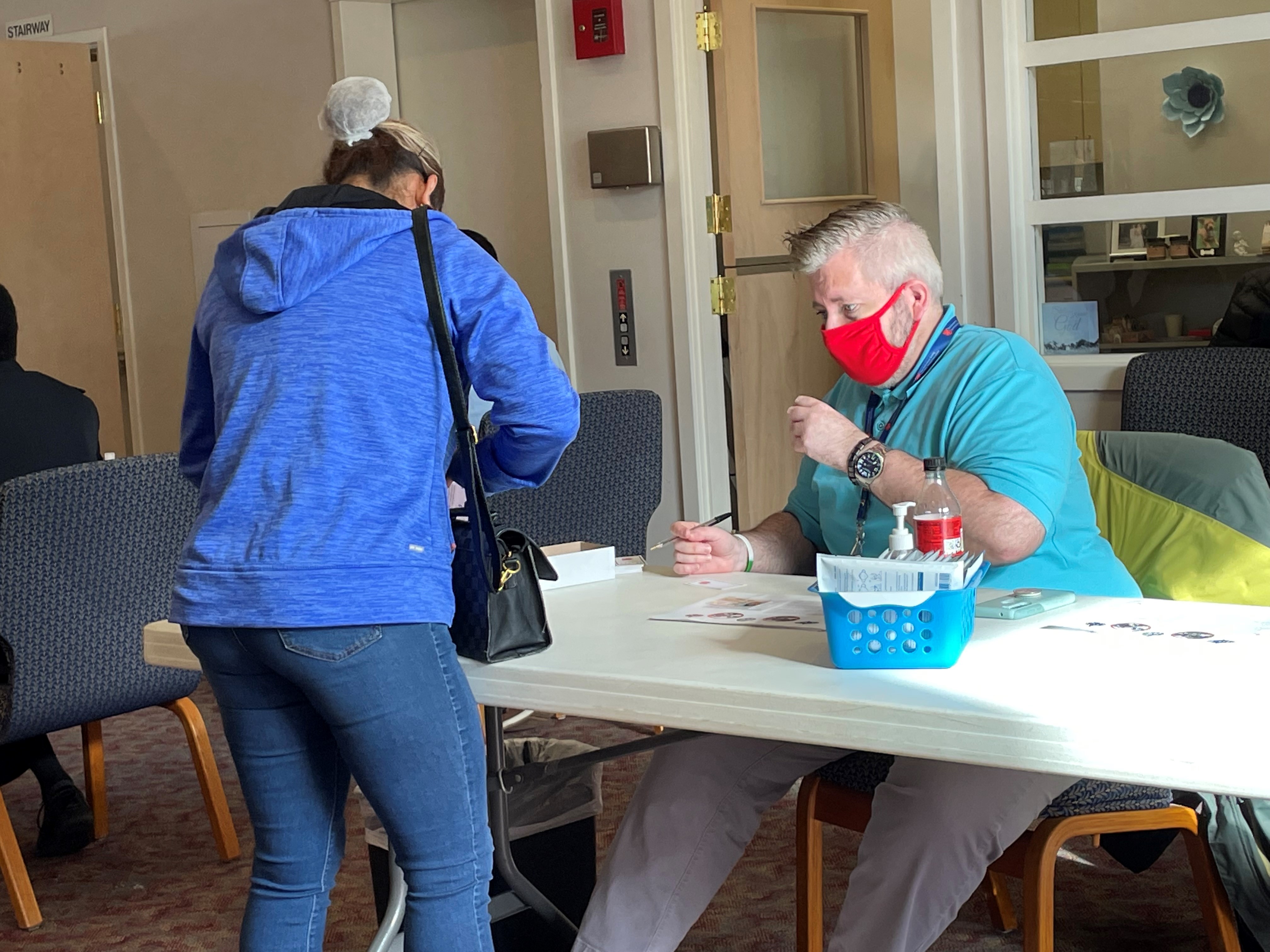 Even though it wasn’t clear at the time, Jake Hammel always wanted to work for The Salvation Army.

Shortly after graduating college and suffering through a tough job market following 9-11, he volunteered to help with Adopt A Family sign-ups that Christmas. When he landed a finance job at Ameritrade the next year, he continued to volunteer with The Salvation Army and help when and where he could.

When a hybrid position – half-time working in Emergency Community Support’s Lasting Hope in the mornings and with Material Assistance and Seasonal Services (MASS) in the afternoons – became available in 2007, he was excited to join The Salvation Army family.

“My (finance) work at Amertrade was never really satisfying for me; I needed to do something where my work was making a positive impact in people’s lives,” he said. “My volunteer experience showed me I could do that by working with everyone at The Salvation Army.”

Fourteen-plus years later, Hammel said he has loved every minute of his decision.

He said when he stepped into the role in 2008, he saw an opportunity to build the position into something unique and rewarding – and it now is.

“I grew up in a low-income household, so I know what the people we serve are experiencing. I love continuing to be part of Christmas assistance. No one should go without, especially at Christmas.”

Jake also has been part of The Salvation Army’s Back to School Backpack Program and says it warms his heart to see a child’s face light up when they get one.

“It’s great to see their expression when they choose a backpack and then open it and see all of the supplies inside; it’s like they have found treasure,” he said.

He continues to be a volunteer bell-ringer at red kettles during the Christmas season, almost always at Nebraska Furniture Mart.

For him, there’s nothing like seeing the joy and magic of giving first-hand.

“I usually pick three nights, and I love standing at the entrance and saying hello to people and enjoying the season,” said Jake, a self-described movie junkie and collector of Funko art. “Christmas is a great time of year for The Salvation Army because it really is the time when we are ‘Doing the Most Good,’ he said.

“We make an impact year-round, but there’s nothing like what we do during the holiday season. There is nothing like representing The Salvation Army – upholding our mission and values at Christmas and throughout the year.”