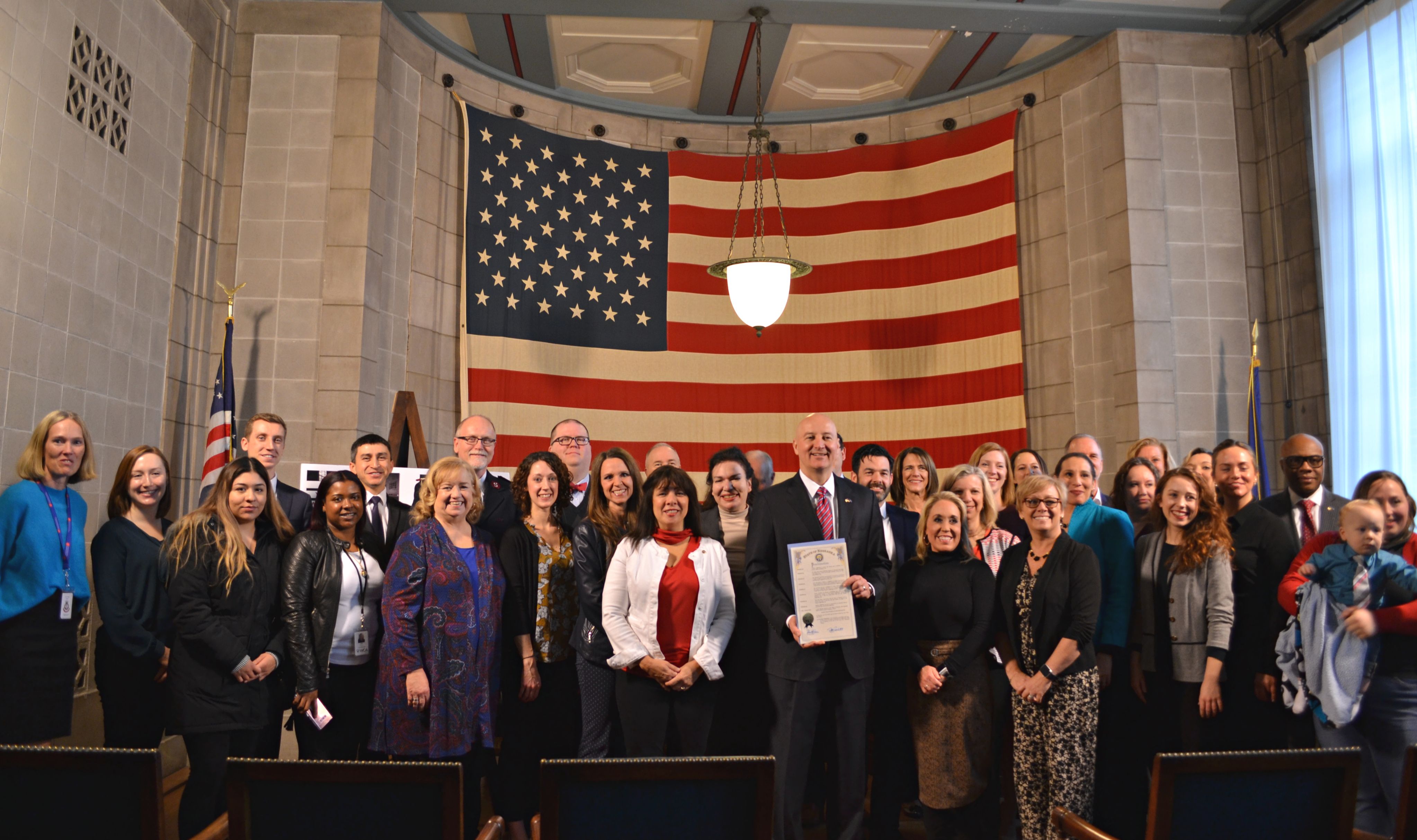 More than 900 women and men are sold for commercial sex each month in Nebraska. It may not always be visible, but human trafficking is happening all around us, perhaps even in your own community.

SAFE-T leads the NHTTF alongside the Nebraska Attorney General’s Office, working to coordinate a wide array of collaborative services through agencies across the state of Nebraska who understand the dynamics of trafficking and can help solve problems and meet survivors’ needs.

Before signing the proclamation, Gov. Ricketts highlighted the multi-agency response developed and carried out by NHTTF and urged Nebraskans to continue the fight against human trafficking.

“Our founders from our earliest days established that we have the right to life, liberty and the pursuit of happiness. That right to life is not just a slogan. It is part of our ethos as Americans, and it is our responsibility as elected leaders, as community members and as state citizens to protect the most vulnerable members of society, including the victims of human trafficking, and ensure they have that right to life,” said. Gov. Ricketts.

In his remarks, Attorney General Peterson noted that the State of Nebraska was recently given an
A grade by Shared Hope International for its effectiveness in combating human trafficking. Nebraska has made great strides since 2011, when the state received a grade of F.

SAFE-T’s mission is to help survivors of all forms of trafficking build their lives in a way that is empowering and meaningful to them. The program provides victim-centered services that address the continuum of needs survivors face, from crisis stabilization to comprehensive case management for intermediate and long-term needs.