A Single Father Walks The Pathway of Hope 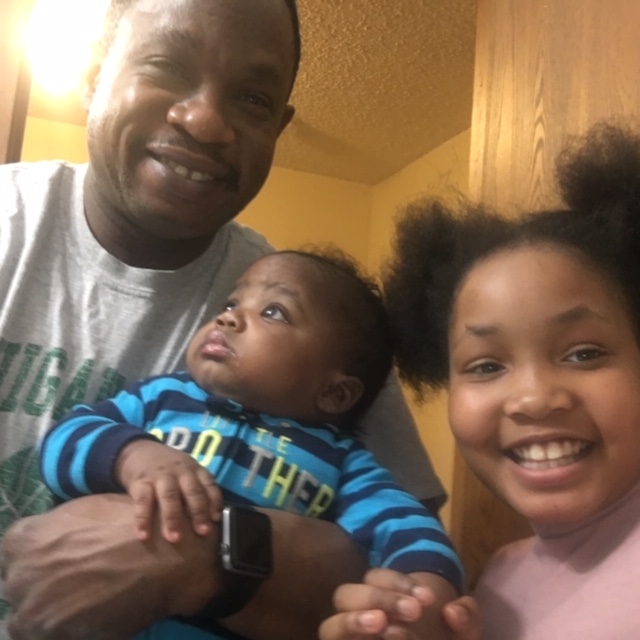 It was Thanksgiving of 2019, and Larry sat alone in a house without heat or electricity. During a holiday when so many gathered with family over an abundant meal, Larry had sent his infant son to a relative’s while he worked as many hours as he could pick up over the long weekend. Larry was frustrated and depressed: he was working and fighting hard to better his situation, but it seemed impossible for him to get a leg up. With almost 20 years experience in the pharmaceutical industry, he constantly applied for better jobs but did not receive any interviews. He felt even worse because while he was putting in extra hours for more income, he was missing out on quality time with his son. Now, with the holiday season in full swing, he could not even catch up on his utilities. He was also paying several hundred dollars a month for babysitting.

“When I started taking care of my son, I discovered just how expensive it is to raise a child as a single parent. My work hours weren’t consistent, and there are only so many corners you can cut. I realized I needed help,” says Larry.

Larry found The Salvation Army Royal Oak Corps Community Center when he started looking for help. He enrolled in the Pathway of Hope program and was able to take care of some of his most urgent needs. The assistance he received lightened the load somewhat, but a few months after Christmas, his life was turned upside down by COVID-19. His hours at work decreased, exacerbating his struggles. He got passed over for a promotion he was expecting, his car needed costly repairs, and by the end of July, he was months behind on rent. He applied to numerous jobs, but he did not get a single reply from any of them. Larry reached out to Nancy, his caseworker at The Salvation Army, again for help.

“The Salvation Army provided me with the funds for two months’ rent and with food. Just as important, though, was the encouragement that Nancy gave me. She reminded me that I was not alone and gave me hope. I was so close to giving up; I did not see a way out of my situation. The help I received was amazing for me and my son.”

Buoyed by The Salvation Army’s aid, Larry fought on. Then, one evening as he was talking with his caseworker, he got an email containing an invitation for a job interview.

“I told Nancy that I got the interview, and she prayed for me on the spot,” Larry recalls. “That was the moment my life really started to turn around. I got the job, which pays better, and now I get to personally care for patients. I have wanted a job like this for a long time. On top of all that, my new employer is going to pay for me to start training as a registered nurse.”

At this point, Larry is only a few weeks into the job, but he is pursuing his goals of financial independence and home ownership with gusto. He is excited for the opportunities made possible by his new employment, and he could not be more grateful that The Salvation Army supported him throughout the COVID-19 pandemic.

“Nancy was the only person in my corner throughout all of this. She cared enough to always ask me how I was doing. Some day, I want to give back to someone who is fighting through hardship like I have.”