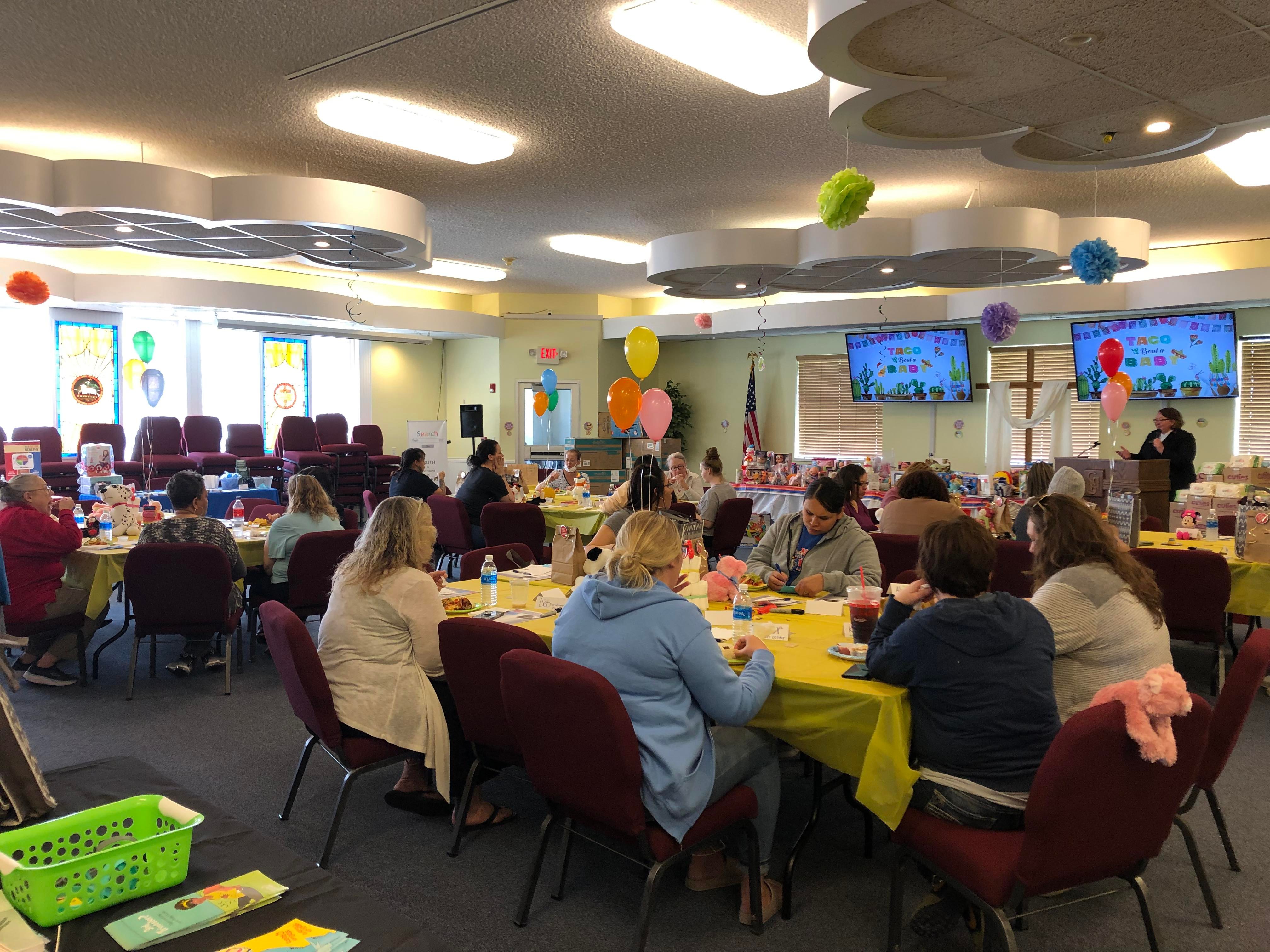 With a four-year-old and a baby on the way, Christine Miller was used to having very little time to herself, which is one reason she was delighted to receive an invitation to the “Baby Blessings” event hosted in May by The Salvation Army of Sioux City.

“It was an opportunity to relax a little bit, chit chat with other women and enjoy lunch,” said Miller, who was one of 20 expecting moms who attended the event. She was also thrilled that the corps sent her home with an armload of infant items, including a car seat, diapers, toys and clothes.

“The Salvation Army is my number one go-to,” Miller said. “They don’t just help you; they also offer encouragement and the incentive to keep going.”

Miller learned about the baby shower from an outreach staff member at Rosecrance Jackson Centers, an addiction treatment program in Sioux City. She successfully completed the program and, as of June, had achieved more than three months of sobriety.

“Most of the women who attended the shower don’t have the resources to acquire everything their baby will need, so we partner with local agencies to help meet those needs,” explained Capt. Karissa Zumwalt. “Even though hosting a baby shower isn’t necessary, we think it’s a beautiful way to celebrate the new life coming. We want these women to know they have people around to support them and their family.”