For years, Facebook posts, forwarded emails and rumors have been leading people to believe that The Salvation Army does not serve members of the LGBT community.

As Major Jeff Strickler, commander of the Twin Cities Salvation Army in Minnesota explains in this video, these accusations simply aren’t true. 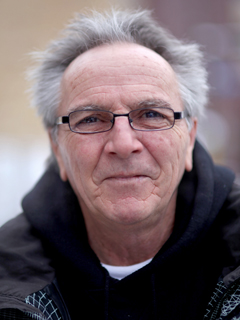 Accusations of discrimination are easily debunked by visiting one of our Salvation Army locations.

“They’re a falsehood put out by people or groups that haven’t come to visit Salvation Army locations in person to investigate what we actually do,” said Envoy Bill Miller, director of The Salvation Army Harbor Light Shelter in Minneapolis.

If they did investigate, Miller said, they’d meet people like Jacquelynn Massengill, a 55-year-old transgender woman. She lived at Harbor Light for 18 months, moving there from Indiana to escape a domestic violence situation. (More of her story is at bottom.)

“The accusations are not true and they’re not fair,” Jacquelynn said. “I’ll go to my grave thanking The Salvation Army.”

Harbor Light shelters about 550 people per night and serves hot meals to hundreds of homeless people every day. Miller estimates up to 20 percent of these people are members of the LGBT community.

Another example: More than 20 percent of all residents staying at The Salvation Army’s youth homeless shelter in St. Paul identify themselves as gay or lesbian. We know this not because we’ve asked them, but because they’ve volunteered the information.

“Anybody who believes the lies can come down to any Salvation Army location, anytime, to see the truth for themselves,” Miller said. “The Salvation Army does not discriminate. Period. We’re here to serve in the name of Jesus Christ in the one way He commanded us to do it – with love and without discrimination. End of story.” 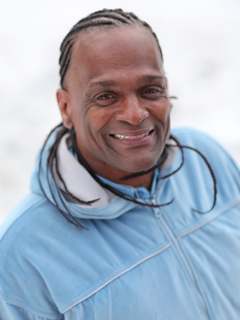 That goes double for all of the nearly 15,800 Salvation Army centers of operation across the world. Discrimination is antithetical to their very existence, as described in this Dec. 6 Washington Times op-ed.

Still not convinced? Please take some time to read the statements below, each one from individual members of the LGBT community. Their stories are not isolated incidents. Thousands of people just like them receive loving care at Salvation Army locations absolutely everywhere.

Harbor Light food delivery driver Jerry Koenig, 64, started working for The Salvation Army four years ago. After taking the job, a friend asked why he’d work for an organization that discriminated against “their kind.” Based on his firsthand experience of seeing that the Army does not discriminate, he could only respond: “Huh?”

“Sexual orientation is the last thing they’re thinking about here. It’s not even a topic. It’s all about how we can keep this person off the street, how we can keep them from hurting themselves or somebody else.”

Roger Craig Bailey, 51, has struggled with drugs, alcohol and loneliness his whole life. He’s currently enrolled in one of Harbor Light’s long-term rehabilitation programs and is now the best he’s ever been. He’s particularly grateful for the spiritual guidance he’s received.

“God is what I’ve been missing my whole life. Harbor Light has done nothing but open its doors to me in a loving and caring way. It has given me so much emotional stability, so much direction. They have never discriminated against me. I would welcome any person with an alternative lifestyle to come to Harbor Light or any other Salvation Army.” 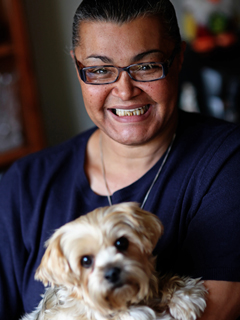 Jacquelynn Massengill, 55, is a Harbor Light volunteer and former transitional housing resident, living there for 18 months from 2004–2006. In that time, she became Harbor Light’s Volunteer of the Year. She arrived at Harbor Light from Indiana to escape a domestic violence situation.

“I called (Harbor Light) and told them everything – that I was on a fixed income, disabled, transgendered and trying to get away from my ex. It wasn’t even an hour later that they called back and said they’d hold a spot for me. I arrived with nothing but a hope to start my life over and a desire to be strong again. A year and a half later, I was back on my feet. Living there was drama-free and I was never disrespected. They started a community service bug in me that’s kept me active to this very day.”