The 23rd D.J.’s Hero “Take Me Out to the Ballpark” Awards Luncheon Honors 14 Scholars 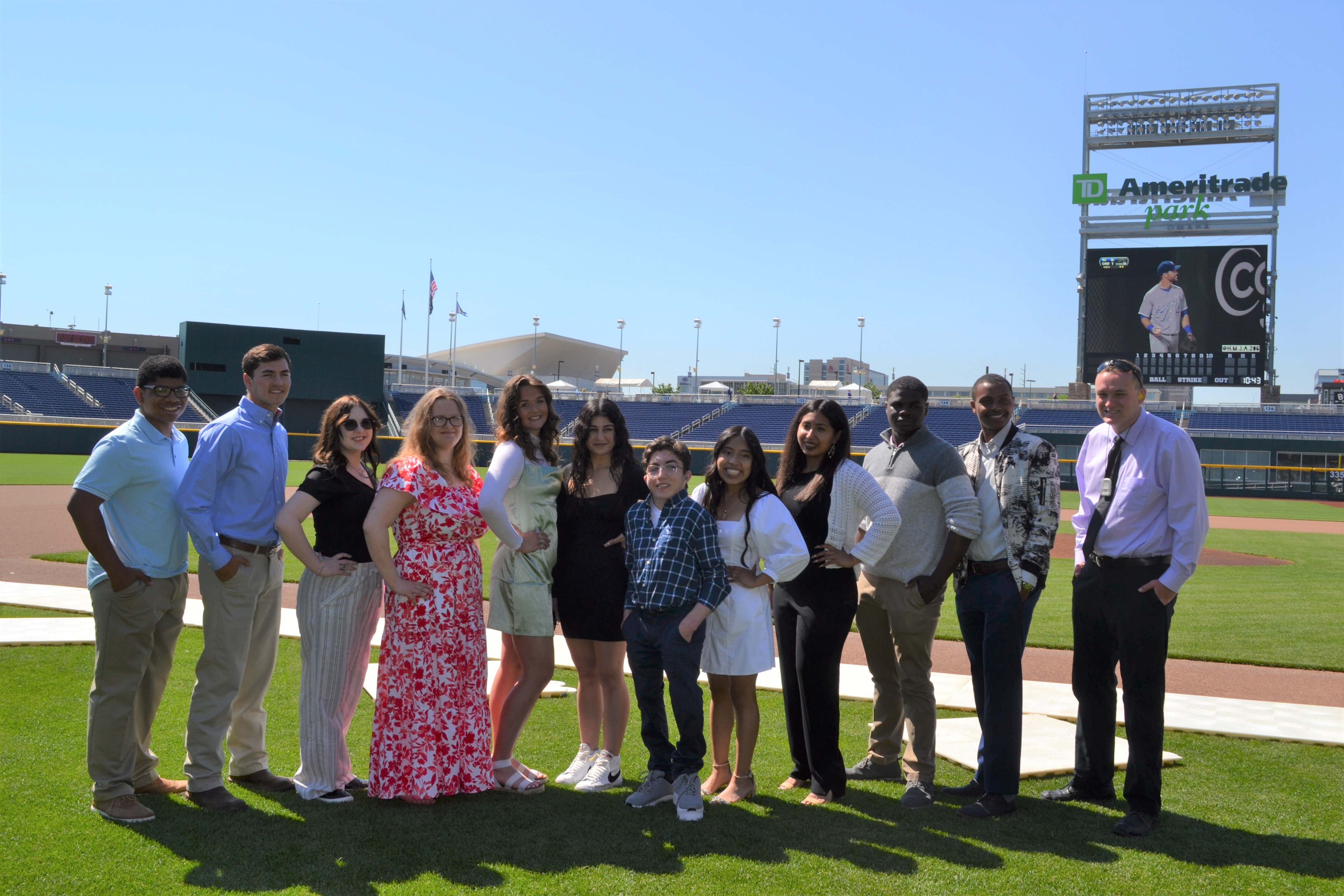 The 23rd D.J.’s Hero Awards Luncheon, held on Wednesday, June 2, at TD Ameritrade Park, was a home run event for the nearly 1,000 guests who attended to celebrate this year’s 14 scholarship winners.

“The 14 scholars here today represent the essence of the pioneer spirit that sustained Nebraska in the nineteenth century…which, in turn, helped us to overcome the Great Depression and win two World Wars in the twentieth century…and which will continue to help us deal with the challenges we face today in the twenty-first century,” said Nebraska Governor Pete Ricketts, honorary chair of the 2021 D.J.’s Hero Awards Luncheon. “To our scholarship honorees, I say:  each of you is a D.J.’s Hero and a Nebraska Hero. Today, as Governor of Nebraska, I congratulate you for your perseverance and desire to make our state -- and our nation -- better places to live for many generations to come.”

The D.J.’s Hero Awards were established in 1999 in memory and honor of D.J. Sokol. The scholarships are underwritten by David and Peggy Sokol -- in partnership with the Fred Hunzeker family and Terri and Jack Diesing – and are awarded to Nebraska high school seniors who exemplify perseverance and selflessness and who are servant-leaders in their communities.

Keynote speaker Byron Pitts, co-anchor of ABC News’ “Nightline” offered insights from his own story of perseverance in overcoming illiteracy, as well as words of encouragement for the award-winners. In addition, Commissioner Kenneth Hodder, national commander for The Salvation Army USA; Western Divisional Leaders Majors Greg and Poppy Thompson; event chairs Dr. Ken and Annie Bird; Omaha Mayor Jean Stothert and Michael Cassling, chair of The Salvation Army National Board, offered their congratulations from the podium.

Proceeds from the event will benefit The Salvation Army of Omaha’s youth development programs.