Major Julie McDowell has been an officer in The Salvation Army for 33 years. She is currently appointed to the Janesville Corps worship and community center in Janesville, Wisconsin. 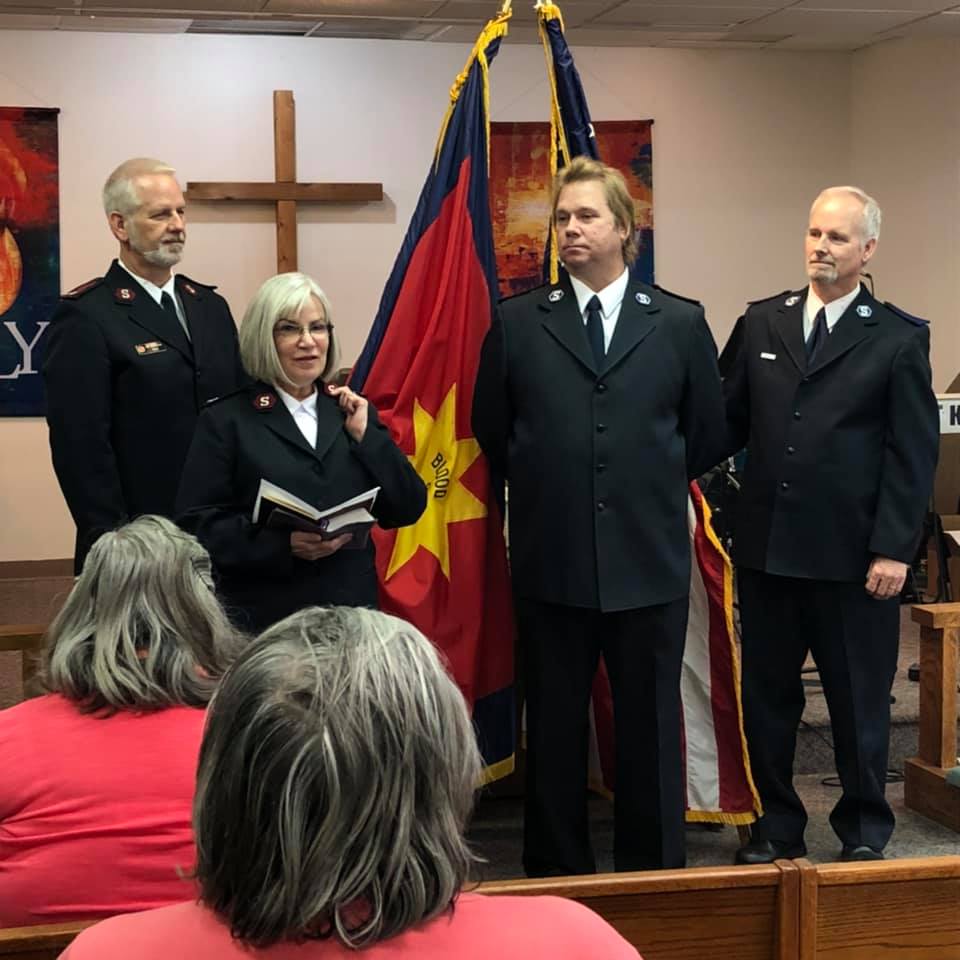 As an officer, she has been appointed to 13 various locations across the country. She has remained mainly in the Central Territory (which consists of 11 midwestern states – Illinois, Indiana, Iowa, Kansas, Michigan, Minnesota, Missouri, Nebraska, North Dakota, South Dakota and Wisconsin).

“Officership can be very challenging. It is a human organization with all the human frailties included,” McDowell said. “I had the opportunity at one point since I was commissioned to look at serving in another church but realized that God could use me and my abilities best in The Army.”

The diversity of ministry opportunities and people Major McDowell has met, enforces her love of becoming an officer.

“I am afforded so many wonderful opportunities to serve and to love people who are very different from one another and many times from me,” she said.

Her passion is ministry but she really enjoys dedicating and enrolling children and adults as soldiers (members of the church) of The Salvation Army.

“Each time, I am reminded of God’s great love for humans and I am moved as people make holy commitments to him,”McDowell said. (See photo above.)

Growing up in The Salvation Army made her feel privileged because girls and boys are not separated in Biblical training. Children are trained to know scripture and put those words into action. That’s become her favorite part of becoming an officer, preaching on Sundays and teaching scripture during bible study.

Speaking of scripture, Major Julie has always found comfort in Job 23:10b. “…when He has tried me, I shall come forth as gold.”

“The fact that God uses all the things in my life in order to make me like gold - beautiful, precious, enduring - is pretty awesome!” McDowell said.

One thing Major McDowell would like the world to know about The Salvation Army is that its ministry is rooted in loving all people without discriminating against any.

Each week, during March, we want to share the women who help spread the word of our Savior and help those during their darkest times. Look for more stories featuring our female officers coming next week!