Shining the Spotlight on the 2022 D.J.’s Hero Award Winners, Part 2

Continuing our three-part series on the 2022 D.J.’s Hero Awards scholarship winners, this week we shine the spotlight on Isabella Buckman of Omaha, Madaux DeLong of Milford, Boxin Du of Central City, Melodie McClure of Grand Island, Christian Miller of Pierce and Olouwatobi Noukpozounkou of Bellevue.

The D.J.’s Hero Awards are underwritten by David and Peggy Sokol -- in partnership with Fred Hunzeker, Elizabeth and Mike Cassling, Marilyn and Jim Schroer and Kathy and Larry Courtnage -- in memory of D.J. Sokol, who lost his battle with cancer in 1999 at age 18. The awards recognize Nebraska high school seniors who exemplify perseverance and selflessness and who are servant-leaders in their communities.

A total of 189 D.J.’s Hero scholarships have been awarded to Nebraska students over the past 24 years, including 17 new scholarships in 2022. Each of this year’s Heroes will be awarded a $12,000 scholarship at the D.J.’s Hero Awards Luncheon on May 3 at CHI Health Center Omaha. 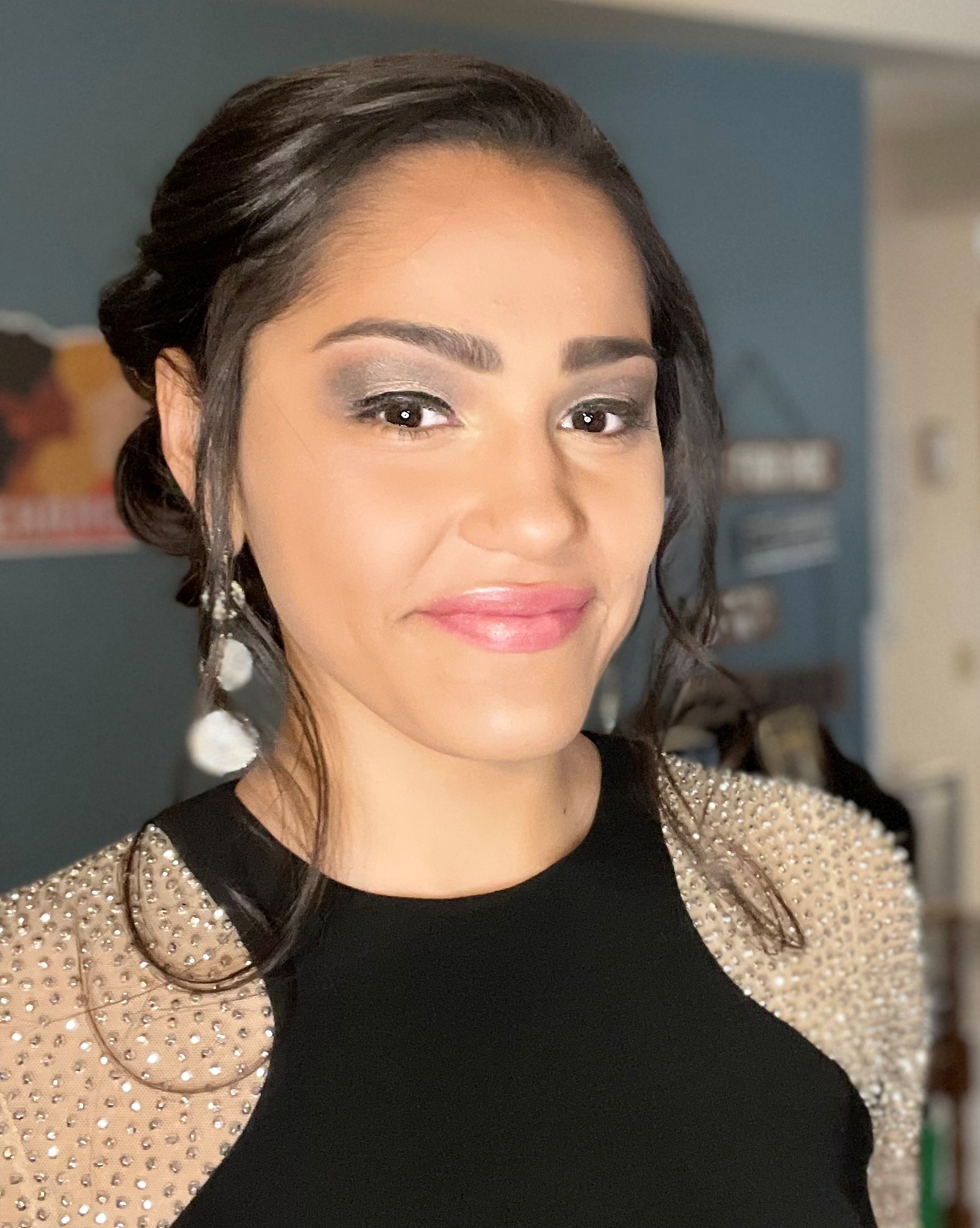 Isabella Buckman – Omaha (Boys Town High School)
“As a survivor, I want to bring more awareness to the issue of child sex trafficking in Nebraska and help survivors get the support they need.”

Isabella has experienced and survived some of the most challenging circumstances any young person could face – including homelessness, sex trafficking, poverty, abandonment and abuse – and has persevered to become stronger and more determined than ever.

Since arriving at Boys Town in 2020, she has achieved honors grades, has excelled as a three-sport varsity athlete in volleyball, basketball and track and has become an advocate for other survivors of sex trafficking.

Bella – as she is known by her peers -- is the recipient of the D.J.’s Hero Kim Courtnage Memorial Scholarship. She plans to major in sociology at Wayne State College and ultimately aspires to work with health care professionals and legislators to advocate for survivors of sex trafficking. 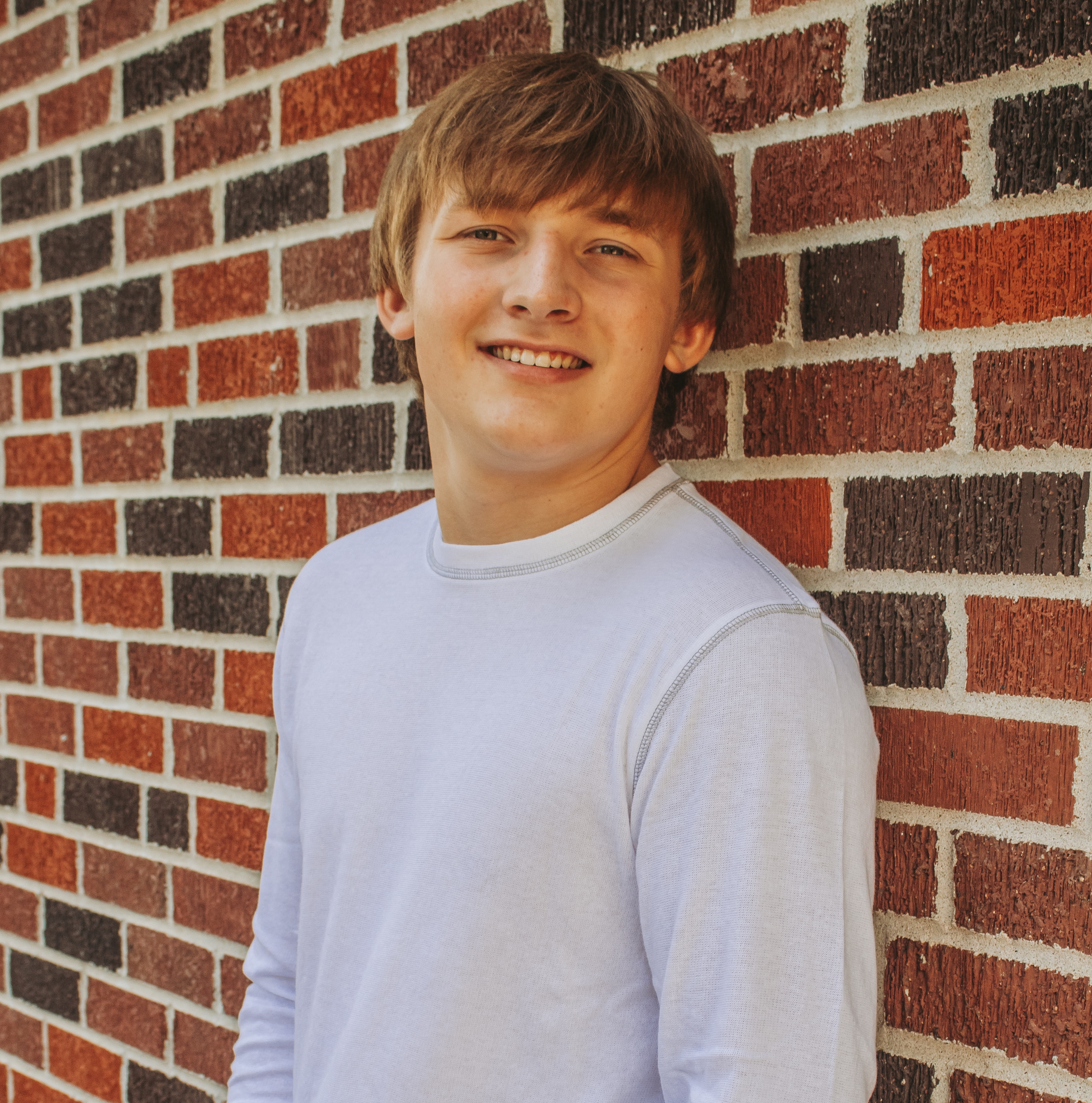 As the result of a stroke suffered in utero, Madaux has had to contend with physical disabilities since birth. Despite these challenges, however, he has learned to adapt and make the most of his assets to ultimately excel as a percussionist and as an athlete in baseball, basketball and cross country.

Madaux’s leadership skills also extend to his community, where he serves as a mentor for the Special Olympics and volunteers as a teacher’s assistant and as a field worker for the Junior Legion Tournaments. Academically, Madaux has excelled, achieving a 4.0 GPA and earning 12 dual college credits.

Madaux plans to pursue a bachelor’s degree in secondary education/mathematics at the University of Nebraska-Lincoln. 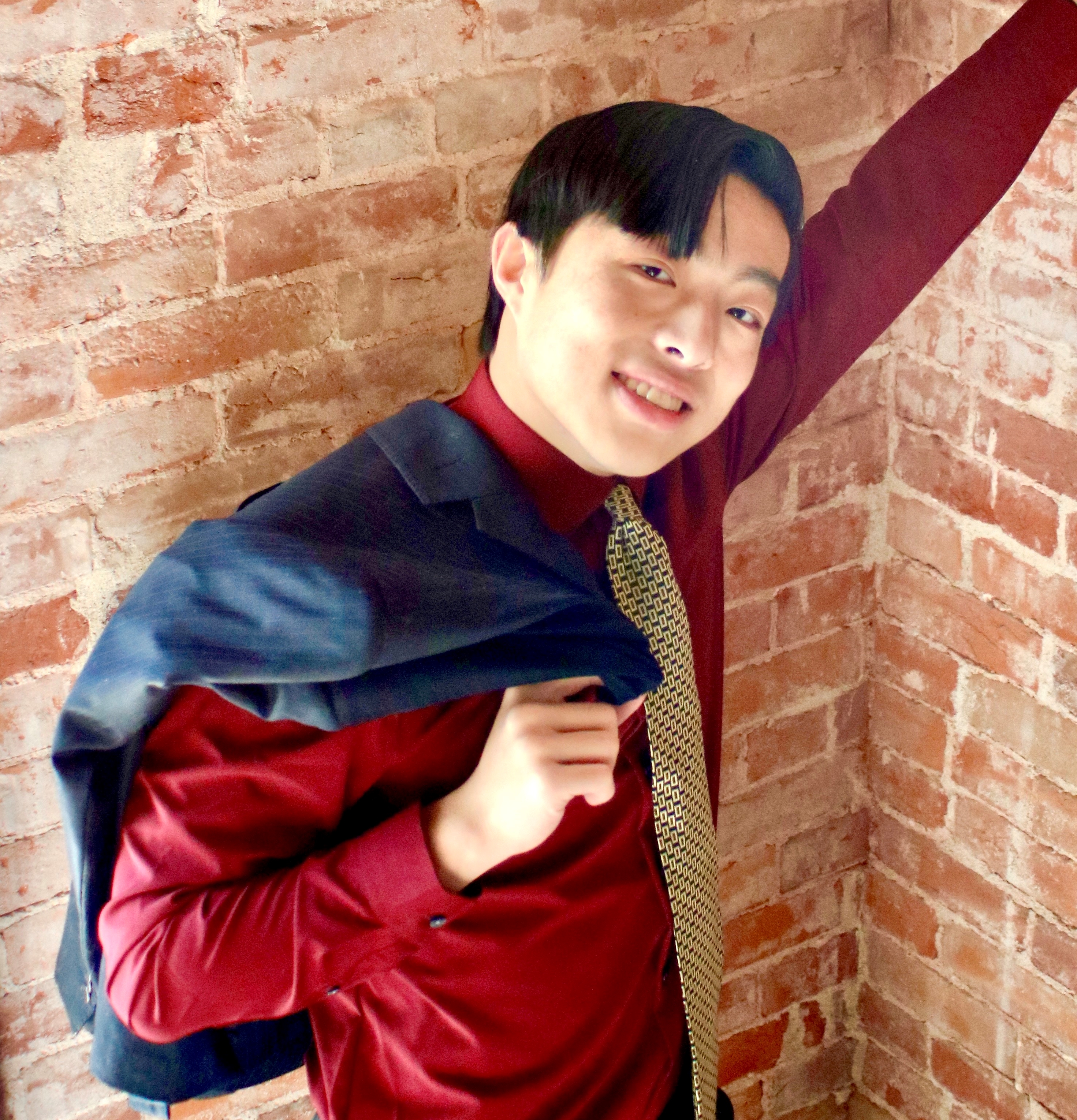 Boxin Du – Central City (Nebraska Christian High School)
“I want to help children who have Tourette Syndrome walk out of the shadows and into the light.”

Born in Kunming, China, Du – as he is known by his American peers – relocated to the United States to attend school after the symptoms of Tourette Syndrome made it impossible for him to continue his education in China.

Despite many challenges, Du has excelled at connecting with his peers and has refused to let Tourette Syndrome and the cultural divide prevent him from forming close friendships and getting involved with activities. In addition to participating in cross country and playing goalie for the soccer team, he plays the tuba and is a talented artist who creates beautiful pencil drawings.

Du plans to double major in history and philosophy at the University of Nebraska-Lincoln and aspires to work in Christian ministry following graduation. 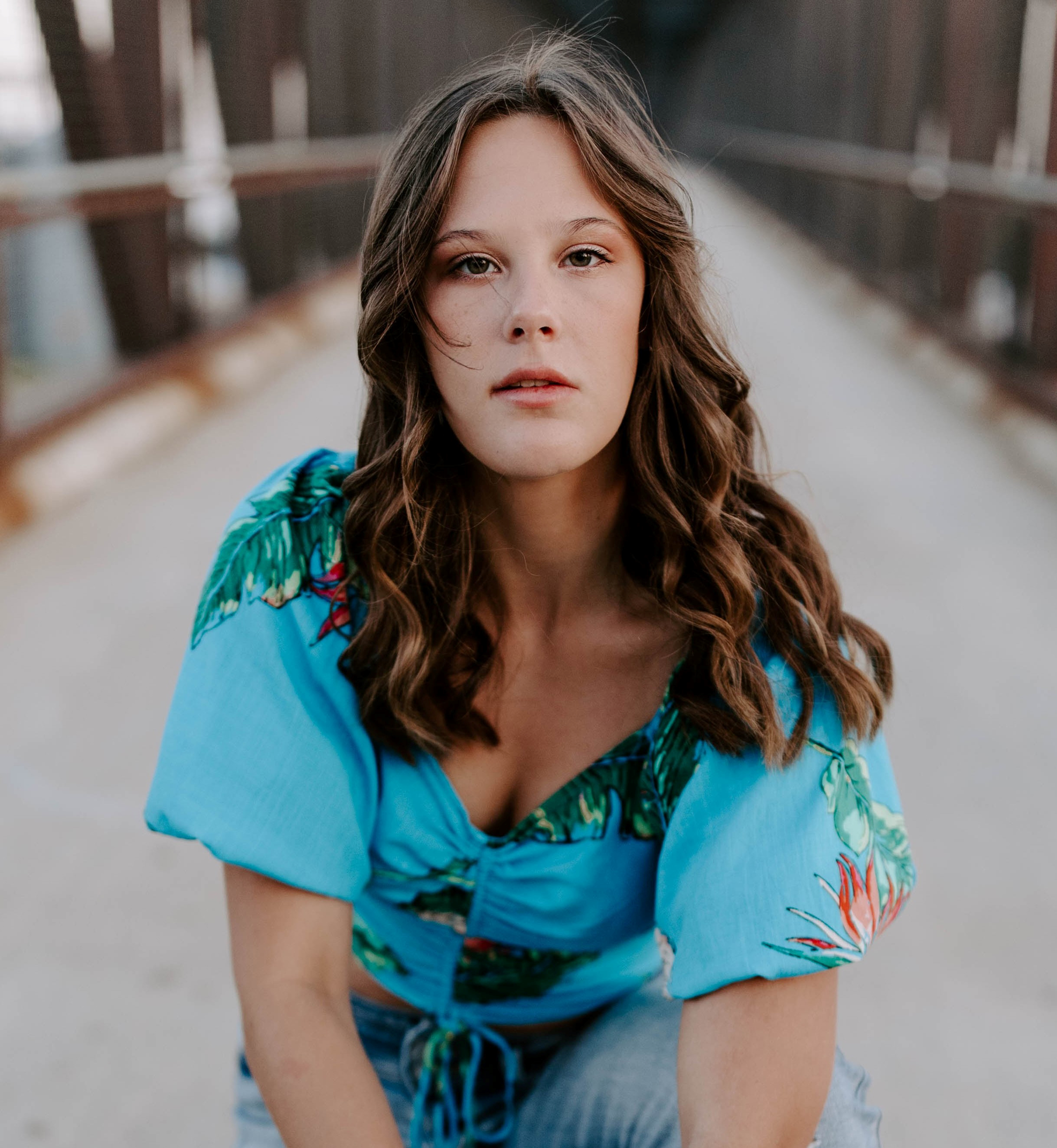 Melodie McClure – Grand Island (Central Catholic High School)
“I want to pursue a degree in science so that I can help to develop holistic therapies that will benefit cancer patients.”

Melodie was diagnosed with cancer in 2019 and has subsequently endured multiple radiation treatments and reconstructive surgeries to help repair facial paralysis. Yet despite her difficult recovery and ongoing physical challenges, she continues to excel both academically and in cheer and dance, in addition to volunteering many hours at her church and as a mentor to disabled dancers and sixth-grade students.

Melodie plans to pursue a bachelor’s degree in chemistry at Fort Hays State University. She aspires to work in a field where she can help to develop holistic therapies that will decrease the toxicity of cancer treatments. 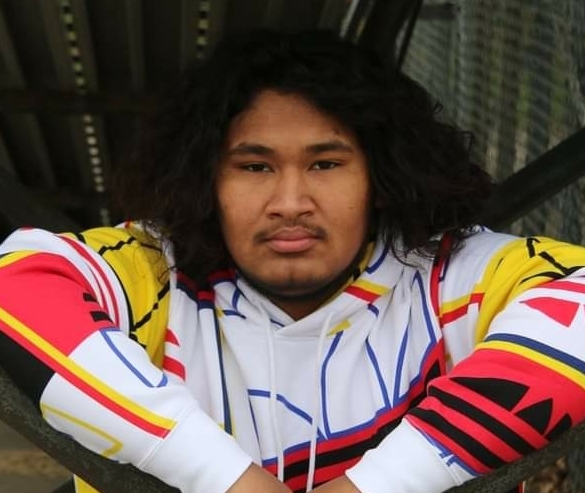 Christian Miller – Pierce (Pierce High School)
“Going to college will allow me to be a positive role model for my younger brother and sisters and offer me the opportunity to change my future in positive ways.”

From homelessness, poverty, addiction and family instability to the unexpected death of his mother and the challenge of helping to raise his five younger siblings, Christian has persevered through significant adversity in his life.

He was a stabilizing influence on his siblings in the wake of their mother’s death in a car accident in 2018 and again in 2021, when their grandfather, who had been appointed their guardian, died unexpectedly. In addition to helping to care for his brother and sisters alongside his aunt, Christian has excelled as a leader on the football and track teams.

Christian plans to major in physical education at Peru State College this fall. 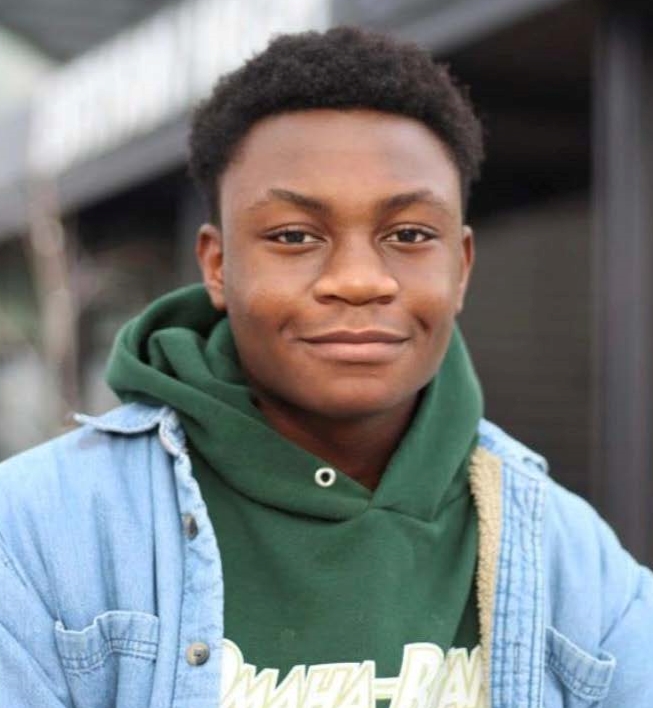 The son of African immigrants, Toby – as he is known by his peers – has had to negotiate cultural differences for as long as he can remember. He frequently serves as a translator for his parents and has often had to teach himself new skills in order to adapt and thrive.

Toby has excelled academically – enrolling in AP classes and achieving a 4.3 GPA and a class rank of 10th out of 410 students – and has succeeded as editor of the award-winning school newspaper, a member of the varsity baseball and swim teams and an active participant in the AIM Institute’s Upward Bound program. He also regularly volunteers for Siena Francis House, Red Cross, The Salvation Army and at his church.

Toby is the recipient of the D.J.’s Hero Teresa Hunzeker Memorial Scholarship. He plans to pursue a degree in mechanical engineering at the University of Nebraska-Lincoln.

Tickets and sponsorship opportunities are still available for the May 3 D.J.’s Hero Awards Luncheon. More information is available here.